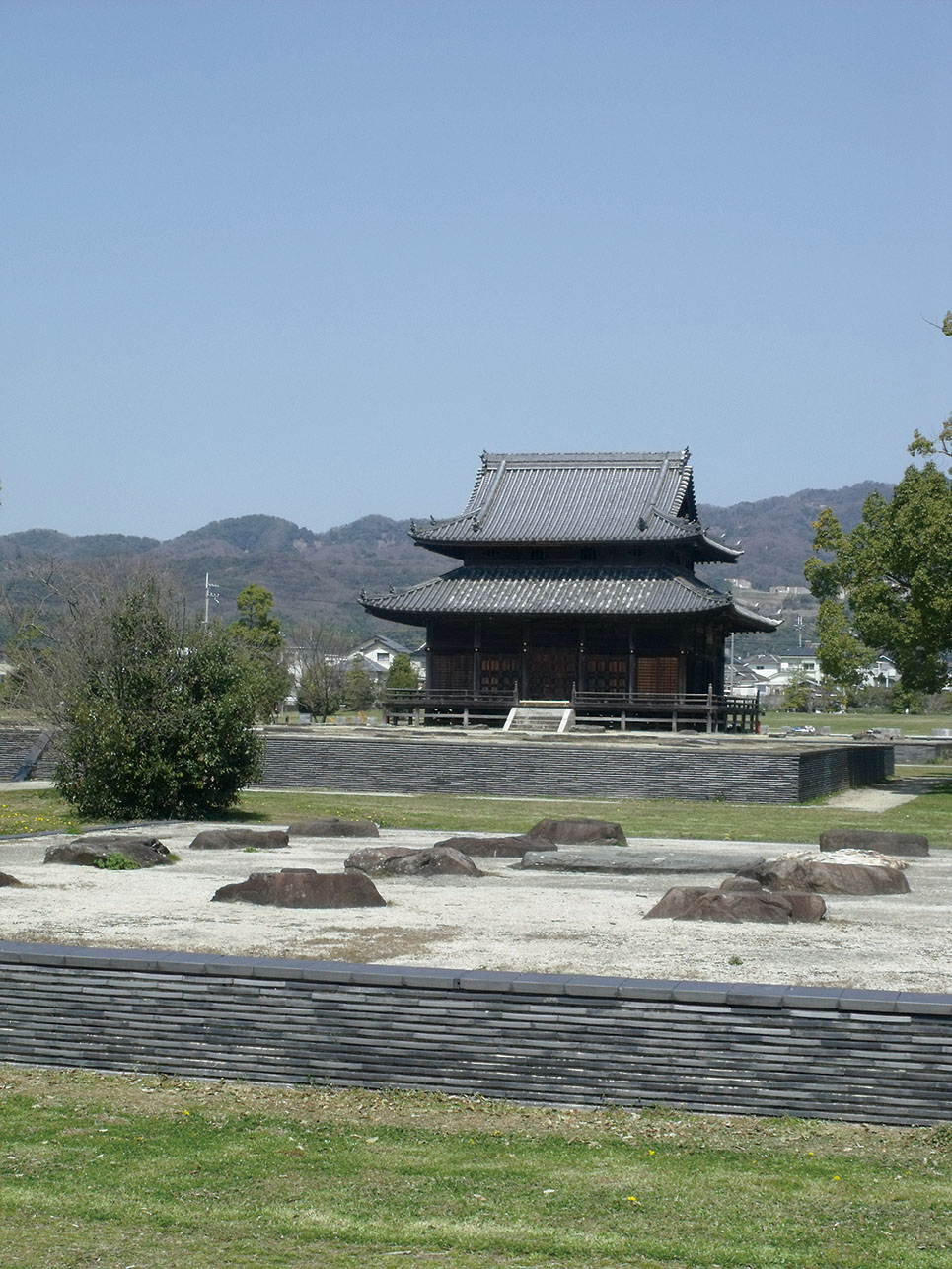 As an essence of the nation, the temple stood in a high ground, midway of the Kinokawa river stream in the land of Naga-gun. Excavational investigations found ruins of a seven-structured temple and the precincts being 220 square meters wide. The district governor Hioki, had donated ten thousand bundles of rice in 756, so it is assumed that the temple had been well-ordered around this time.

The temple tower was built on a stacked-tile podium and had Kofukuji-styled roof tiles. The huge seven-storied tower was the symbol of this temple. In 879, a lightning strike destroyed the tower. After numerous rise and falls, it became a branch temple of Negoro temple in the Edo period.

Today, the site has been changed into a park. The Kinokawa-city History Museum stands in the south part of the park, where you can learn about the history of the Kokubunji temple. The religious corporation Kokubunji is relocated in the south of the museum and their missionary work is being carried out still.