Course 7Going Over the Kimi-toge 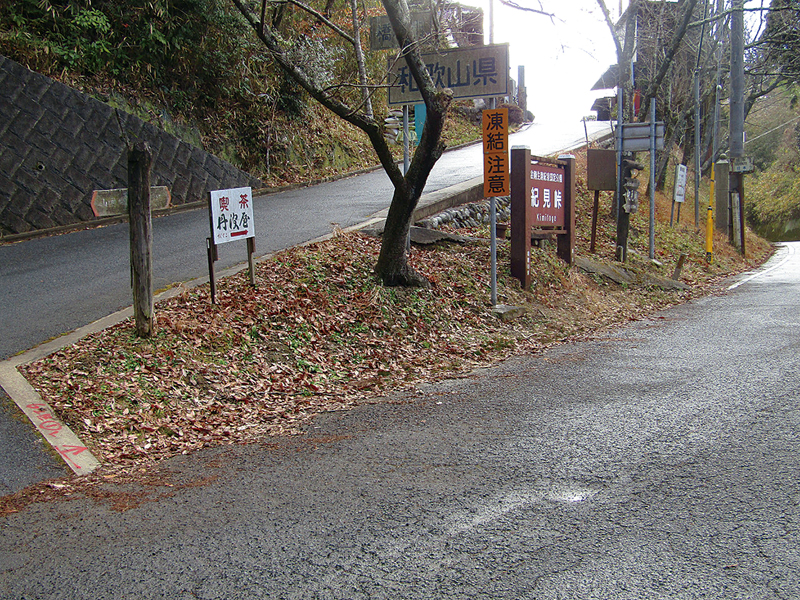 The mountain pass is located at the border between Wakayama Prefecture and Osaka Prefecture. It has been opened as a transportation route since the ancient times. In the first year of Keian period (1648), the Kishu feudal clan’s station inns were established. There were residences and tea houses for the people involved in transporting supplies. The stone mark of “Koya Nyonindo Rokuri” still ruins on this spot.