Course 11Going Over the Fujishirozaka 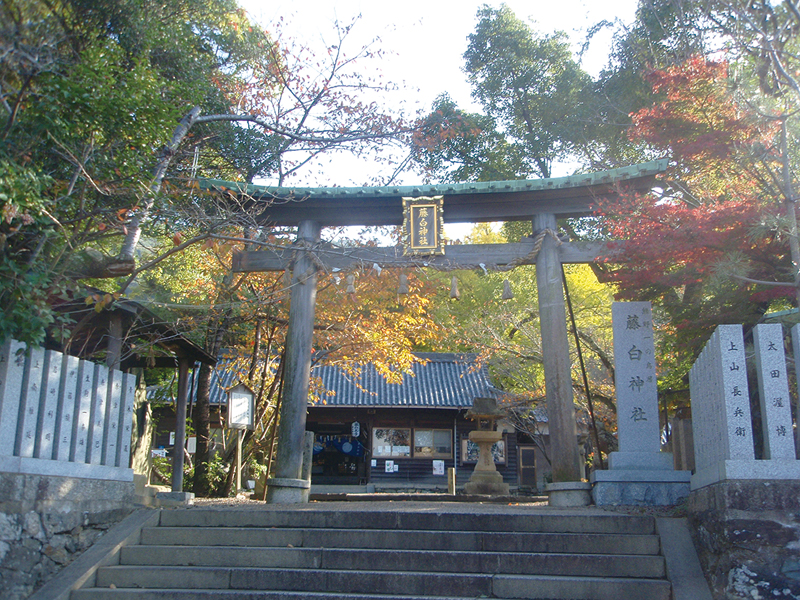 According to the shrine’s records, the enshrinement was in the year 75.  Empress Saimei built a small shrine during her visit to the Muronoyu  (now known as the Shirahama Yuzaki onsen* *spa). It is said that an envoy had gone to worship when Emperor Shomu and Empress Kouken visited Tamatsushima.