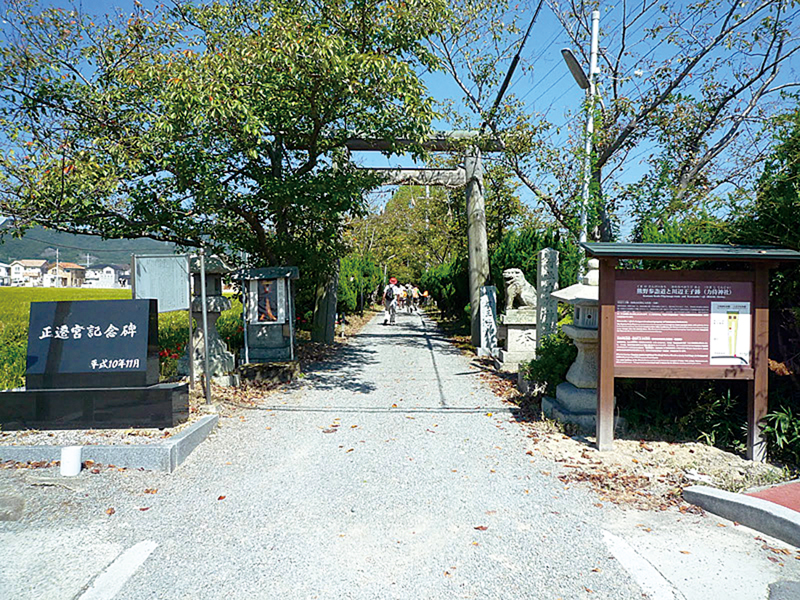 The deity is Amenotajikarao and the shrine is named after his Tajikara which was later changed to Rikishi. The main hall of Rikishi Shrine is on the right, and the Sessha-hachiouji Shrine is enshrined on the left. There is no record left of when the either of the halls were built, but it is assumed to have been built in the 16th century from the construction styles they have. A Prefectural Designated Cultural Asset.