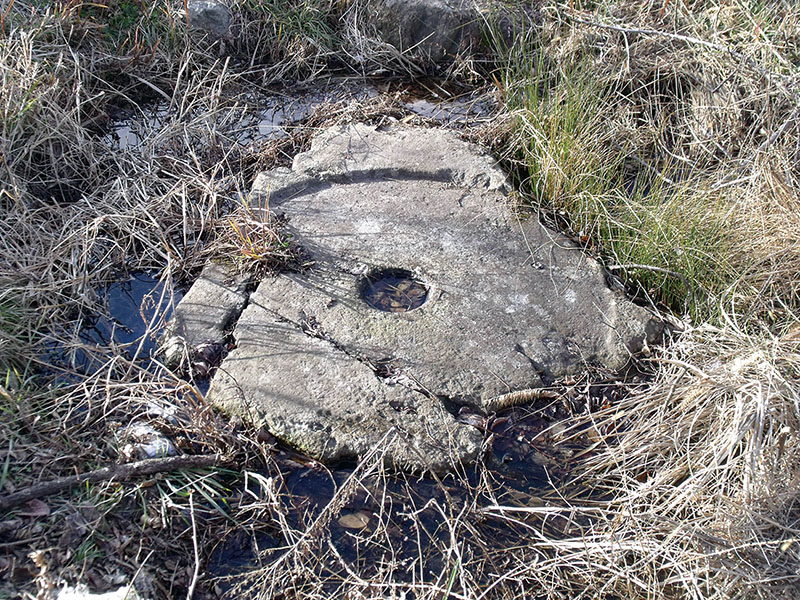 You can see the central base stone of the Pagoda of the abandoned Yamaguchi temple in the middle of a pastoral land. It is an ancient temple ruin assumed to be built by a powerful clan of who played an important role in transportation. The mortise of the main pillar of the Pagoda is 120 centimeters across in diameter which you can almost feel their passion towards their belief from the size of it. It is the largest among the prefecture and there is a possibility that this Pagoda had been five-storied and semibasement-styled. There might be a chance it was built earlier than assumed, for its structure might have been similar to the basement-styled Pagoda base of the Asuka-jiin temple, for some roof tiles in Ueno-haiji-style and some round-shaped Tanbenrengemon-Nokimarugawaras were digged up around the area.  It stands among a rural area where it is kept untouched, so the specialists are expecting for further examination of the area.

Next Spot : The estimated place as 'Nagusa Umaya'